To share your memory on the wall of Jerry Winkler, sign in using one of the following options:

In 1993, Jerry became a grandfather and within a few years, he had three grandbabies that quickly became the apple of his eye. Conrad, Clayton, and Calvin Winkler shared the joy of having "The worlds greatest Grandpa". When Carol retired, they began traveling the globe, enjoying several cruises, spending time at the coast, and becoming heavily involved with their church, Valley Bible Fellowship.

After making Valley Bible Fellowship their church home, he became "the beloved greeter" for the church, welcoming each guest and giving numerous kids "the fist-bump" as they would run towards him. Whether it was his kind heart, bright smile and beautiful blue eyes, children would naturally gravitate to him.

In lieu of flowers, the family is requesting all donations be made to Valley Bible Fellowship (www.vbf.org or P.O. Box 6266, Bakersfield, CA 93386) and thanks to Teri and all the staff at Hoffman Hospice for their assistance.
Read Less

To send flowers to the family or plant a tree in memory of Jerry Don Winkler, please visit our Heartfelt Sympathies Store.

Jeff Fox, The pinochle girls., and other have sent flowers to the family of Jerry Don Winkler.
Show you care by sending flowers

Posted Jun 09, 2020 at 05:32pm
Winkler Family, I am so sad to hear of Jerry's passing,I can't think of a greater person I have ever known and worked with in sales in Bakersfield. A family loving man and Jerry loved God. Carol if you or the boys EVER need anything Please call me. I looked at my calendar and saw my message to call Jerry on his birthday of which I did every year..missing only 1 in 12 years. I LOVE THE WINKLER FAMILY.

Posted Jun 09, 2020 at 05:24pm
I have never forgotten the time Jerry brought me home from the Winkler reunion and let me run around with Scott. I know he will be missed by all.

Love's Tapestry was purchased and planted a memorial tree for the family of Jerry Winkler. Send Flowers

The pinochle girls. purchased flowers for the family of Jerry Winkler. Send Flowers

Glenn and Kelle Black. purchased flowers and planted a memorial tree for the family of Jerry Winkler. Send Flowers 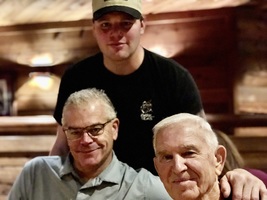 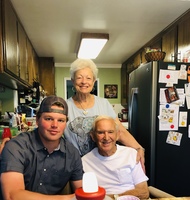