To share your memory on the wall of Eva Ferreira, sign in using one of the following options:

Born April 1, 1961 in Phoenix, AZ to Alfred & Beryl Grimes. She grew up in Salinas, CA and graduated from Salinas High School. After graduating high school, Eva started work at State Farm Insurance where she met many wonderful people and kept life long relationships.

In 1990, she married Alan Ferreira and gave birth to their daughter, Kristen, in 1991. They lived in Salinas and Eva was a stay at home mom until 1997 when she started working as a classroom aide for the Salinas City School District. In 2001, Alan & Eva relocated to Bakersfield, CA. Eva started working for the Panama-Buena Vista Union School District in 2003 and retired in 2019.

She most enjoyed time spent with her husband Alan and her daughter Kristen. Including vacations together to Phoenix, Las Vegas, Morro Bay, & Avila Beach. She also enjoyed getting together with her beloved family Kim & Mike, their daughters Alli & Amanda, and Jackie & Chuck. She also spent much of her time with faithful pets throughout her life: Pooh Bear, Cricket, Teddy & Tucker. Football Season was her favorite as she would love to cheer on her 49ers every week and stayed a loyal fan, win or lose!

A memorial service is scheduled for 2:00 p.m. on November 13 at Greenlawn Funeral Home Southwest, 2739 Panama Lane. In lieu of flowers, please send donations to the Bakersfield SPCA.
Read Less

To send flowers to the family or plant a tree in memory of Eva Joan Ferreira, please visit our Heartfelt Sympathies Store.

Receive notifications about information and event scheduling for Eva

We encourage you to share your most beloved memories of Eva here, so that the family and other loved ones can always see it. You can upload cherished photographs, or share your favorite stories, and can even comment on those shared by others.

Posted Nov 09, 2020 at 04:29pm
Wishing you peace to bring comfort, courage to face the days ahead and loving memories to forever hold in your hearts.

Posted Nov 09, 2020 at 10:53am
Kristen & Family - Wishing you peace to bring comfort, courage to face the days ahead and loving memories to forever hold in your hearts.

Posted Nov 08, 2020 at 11:26am
Although I haven’t seen my Aunt Eva in many years, I have many fond memories at my grandparent’s home growing up. I just wanted to you all to know I am sending love, and prayers of hope and healing at this time.

Posted Nov 07, 2020 at 10:52pm
Dear Alan & Kristen, I am so sorry. Eva and I kept in touch over the years through Facebook and I always enjoyed seeing her family photos. When you lived in Salinas, Eva was so kind to bring Alyssa home from school for awhile when Zach was an infant. Her thoughtfulness meant so much. May the memories you shared bring you peace and comfort during this difficult time. With love and condolences, Jennifer & Ron Balducci.
Comment Share
Share via:
SB

Posted Nov 07, 2020 at 08:56pm
Eva and I grew up together at a place called Creekside. We met in January of 1972 and have been friends ever since. Eva and my mom shared a middle name, Joan; prompting my mom to call her “Eva Jo.” May God comfort her family now and in the years to come. 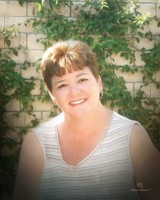