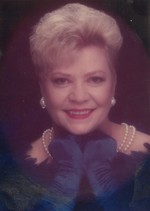 On November 6, 2020, my beautiful mother went home to be with Jesus. She was 78. She was the youngest child born to Wilsie Orville "Pete" Stogner and Willie Anna "Billie" Sanders Stogner in Redlodge, Montana. Since my grandfather was in construction, they were in Montana just long enough for her to be born there. Their travels took them to many states and ultimately they landed in Bakersfield, CA. Since they had relatives here they decided to stay.
My mother was in the North High Class of 1959, and met my father, Don Jean Bonnet, when she was just 14 years old. Before my mother's senior year at North High, my grandfather accepted a job with the U.S. Borax Plant and moved the family to Boron, CA. She graduated from Desert High in 1959, married my father, and had me in 1960.
As happens so often with young marriages, theirs ended about 5 years later. My mother and I moved to Long Beach, CA, where my mother attended Long Beach City College and got a certificate in something called "computers." At some point, we moved back to Bakersfield and my mother got a job with Shell Oil. Thus began her career in oil. She worked for many companies including Belridge, Santa Fe Energy, Monterey Energy and Equilon. She ultimately retired from Shell as a Crude Oil Scheduler, at the age of 62.
After her retirement, she joined the Woman's Club of Bakersfield, spent time with her grandchildren, and joined Our Lady of Perpetual Help Catholic Church. She loved to crochet and play with her dogs. She also fed all the ferral kitties in her neighborhood.
My mother was predeceased by her parents, brother, Wilsie Orville Stogner, Jr. and her sister, Lawanna Jean Hendrix. She is survived by her only daughter, Dr. Brigette Bonnet (Dr. Michael Sladich) of Bakersfield, and her two granddaughters, Katherine and Laura Sladich of San Diego. My father, Don Bonnet (LaQueita) of Bakersfield. One aunt, Jewell"Judy" Adamson of Poway, CA, and her cousins Bob Weldon(Brenda), Mike, and Mary. Two sisters-in-Law Frankie Bonnet Feldman and Deanne (Lowe-Stogner) Lance. Nieces and Nephews include: Richard Yeargan (Amanda), Richard Allen Yeargan (Jennifer), and Richard Allen Yeargan III "Trey" of Bakersfield, Scott Stogner (Terri) of Boron, CA, Janet Stogner Paquin (Ron) of Maine, Cindy Stogner Stanley of Idaho, Dean Hendrix (Cindy) of Nevada, Sarah Stogner Jones of Kentucky, and Belinda Brackett Musto (Steve) of Livermore, CA. She also leaves behind all of her four-legged babies: Sammy, Sissy, Ladybug, Bella, and Boudroux.
Immeasurable gratitude to my cousin VickieCarol Simpson, Optimal In Home Health and Optimal Hospice. A special thank you to her nurses Crystal and Teresa and her nurses assistants Alva and Mary. Those people are incredible and their job was not easy. Also, a special thank you to Mossman's Weschester, for their food, love, and support.
A friend once told me that you could tell a lot about a woman by looking at her mother. My mother was beautiful, loving, funny, creative, smart, hard-working, tenacious, feisty, and loved God and her family more than anything else. If I am even half the woman she was I am truly blessed.
Visitation will be at Greenlawn, 3700 River Blvd., Bakersfield CA, on Monday, November 23, 2020, from 4:00-7:00 PM. Interment will be on Tuesday, November 24, 2020, at 9 AM, at the ossuary at Greenlawn. A Celebration of Life will be held at the Woman's Club of Bakersfield, in 2021, date pending.