To share your memory on the wall of Waymon Prather, sign in using one of the following options:

He joined the Army in 1962 and served as a military police officer until 1968. He served in Vietnam and earned much recognition, including a commendation medal for rescuing two young girls trapped under a live electrical wire during a storm. In 1965, he married Shirley Prather and happily helped in raising her young sons, Terry and Larry Brown, as his own. In 1966, he and Shirley had a daughter, Lisa Prather Anderson, and moved to California after his honorable discharge from the US Army. Lloyd and Shirley were later divorced. After a fire devastated King Lumber where Lloyd was employed, he obtained his Bachelor’s Degree from California State University, Bakersfield. While attending school, he sold life insurance in the evenings, and continued to provide for and raise three children. He completed his degree in 1975. After graduating, he went to work for Nikkel Iron Works, where he worked his way into management, ultimately retiring in 2003 after 30 years. While at Nikkel, he met Cindy Underwood and they married in 1983. With this union, he welcomed her two children, Kevin and Tracy Underwood. When the Prather-Underwood children grew up, they blessed him with 6 grandchildren. Lloyd was always happiest in the presence of children. Despite suffering a stroke shortly after retirement, he maintained his smile, sense of humor, warmth and generosity.

Lloyd had a knack for teaching life lessons, to his children and others. Lisa, remembers her first driving lesson – which also included a hands-on tutorial on basic maintenance, including a full oil change and tire rotation. In Lloyd’s words after they were finished, “You may never have to do these things but you should know how.” This was part of the lesson of being strong and independent he instilled in her. Kevin recalls receiving a lesson in patience and understanding while Lloyd was helping him repair his motorcycle and he teasingly tossed a pair of pliers at Lloyd. The pliers accidentally left his hand and when they hit Lloyd, there was no anger, only patience demonstrated. Emily, Lloyd’s closest grandchild, remembers learning her first words from him. Tracy recalls running out of gas as a teenager and Lloyd refusing to pick her up, forcing her to figure out how to correct her own mistake. Thus the lesson, “It doesn’t cost any more to keep the top half of the tank full than it does the bottom.” Even his children’s childhood friends have lauded him as their defining representation of a gentleman, father, and human. He was full of silly adages all of which held wisdom to be heralded: “keep your nose clean,” and the ever-present, infamous “stay out of trouble, don’t take any wooden nickels and write if you find work.” Everyone who was lucky enough to know Lloyd very well knows he loved to tease. Kevin recalls a “snipe” hunt organized by Lloyd for Kevin and Tracy in which they were sent to the fields near Lloyd’s house with pillowcases to catch the snipes. Lisa was instructed to flush the snipes toward Tracy and Kevin. After quite some time of seeing no snipes, Kevin and Tracy returned to the house to find both Lloyd and Lisa there waiting and maybe enjoying the prank a bit too much.

Because his own childhood was difficult, he worked tirelessly to ensure his family enjoyed a stable lifestyle. Though it was rare in the 1970s, he fought and was successful to earn custody of his only daughter in an effort to keep her in her familiar surroundings and school.

He was passionate about classic cars. Larry has fond memories of scouring swap meets and junk yards for various car parts and hearing Lloyd’s laugh when he would send Larry to the toolbox to unsuccessfully find a left or right-handed monkey wrench. Although he restored and showed many cars and trucks throughout his lifetime, he always had a particular love for Studebakers. He owned several, but was especially fond of his 1938 Studebaker Commander, which he related to as they were “built” in the same year. He truly loved participating in local parades and car shows where he could show off this vehicle.
He leaves behind a true legacy, and has been described as a hero by many, for many situations. Lloyd remained close to his siblings, despite living across the country from them, and retained the oldest brother tendencies he honed as a young man throughout his life. We will miss his standard answer when asked how he was of “Fair to middling”. He enjoyed spoiling his grandchildren, and always treated everyone as though he’d known and loved them for years. Lloyd had a notable quiet wisdom, and was respected by anyone fortunate enough to know him.

Lloyd was and remains an inspiration to his family, and his spirit will live on in the many people whose lives he enriched. He was preceded in death by his parents, and several siblings. He is survived by his wife, Cindy Prather, children, Lisa Prather Anderson, Larry Brown, Kevin (Leah) Underwood, Tracy (Ivan) Crawford, and grandchildren Erika Alderete, Lindsay Alderete, Caylee Underwood, Cassandra Roche, Christian Roche and Emily Underwood.

To send flowers to the family or plant a tree in memory of Waymon Lloyd Prather, please visit our Heartfelt Sympathies Store.

Receive notifications about information and event scheduling for Waymon

We encourage you to share your most beloved memories of Waymon here, so that the family and other loved ones can always see it. You can upload cherished photographs, or share your favorite stories, and can even comment on those shared by others.

Peaceful White Lilies Basket was purchased and planted a memorial tree for the family of Waymon Prather. Send Flowers 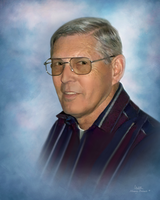