To share your memory on the wall of Warren Minner, sign in using one of the following options:

Warren was born in Bakersfield, California on January 14, 1928, as the first child of Esther Pantle and Wilfred Ashton Minner. His brother Richard (Dick) followed 1.5 years later. After Warren graduated from Bakersfield High School in 1945, he served 2 years in the Army Reserve, and then went to UC Berkeley to earn a BS in Civil Engineering (Structural option) in 1951. While in the Bay Area, he met Marjorie Claire Olmstead and they married on March 21, 1953. After spending a few years working in Oakland and Los Angeles, he became a registered Civil Engineer (1955) and Structural Engineer (1957), and moved back to Bakersfield. He then started a structural engineering consulting firm in 1959, and stayed in practice with various partners and associates until his retirement at the end of 2019. From more than 60 years of engineering consulting, there are many public and private civil and structural engineering projects in the southern San Joaquin Valley with his professional engineering stamp on them!

Warren loved his family dearly, and got much enjoyment out of music, cars, cameras, photography, the stock market, finding and musing about engineering challenges, and being a lifelong booster of Cal Berkeley. ¬After raising five children, Warren and Marge switched from yearly family vacations involving marathon driving sessions, to yearly jet travel with just the two of them. They enjoyed vacations in a wide variety of United States and international destinations. He loved organizing and presenting his enormous collection of photos, and he created 46 albums showing the years of family get-togethers and vacations.

Considering the current pandemic risk of get-togethers, at this point only a web-meeting memorial is planned for immediate family and nieces / nephews. In lieu of flowers, donations may be made to the Bakersfield Homeless Center (bakhc.org), the Fresno Kern Valley Public Radio (kvpr.org), or to the charity of your choice.

To send flowers to the family or plant a tree in memory of Warren Andrew Minner, please visit our Heartfelt Sympathies Store.

Receive notifications about information and event scheduling for Warren

There are no events scheduled. You can still show your support by sending flowers directly to the family, or planting a memorial tree in memory of Warren Andrew Minner.
Visit the Heartfelt Sympathies Store

We encourage you to share your most beloved memories of Warren here, so that the family and other loved ones can always see it. You can upload cherished photographs, or share your favorite stories, and can even comment on those shared by others. 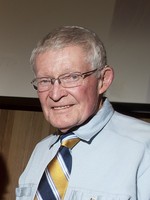