To share your memory on the wall of Versie Bradley, sign in using one of the following options:

Provide comfort for the family of Versie Bradley with a meaningful gesture of sympathy.

Print
On Tuesday, April 28th, 2020, Versie Bradley, loving mother and grandmama, went home to Heaven at the age of 87 in Bakersfield, CA.

Versie was born on October 4th, 1932 in Amarillo, Texas to Jewel and Edna Bradley. Versie married Curtis... Read More
On Tuesday, April 28th, 2020, Versie Bradley, loving mother and grandmama, went home to Heaven at the age of 87 in Bakersfield, CA.

Versie was born on October 4th, 1932 in Amarillo, Texas to Jewel and Edna Bradley. Versie married Curtis Wise Sr. in 1950 and to that union were two children, Curtis Wise Jr. and Cynthenia Wise-Searcy. Later she met and married Jeff Russell Sr. in 1954 and to this union two children, Jeff Russell Jr. and Victoria Russell. Versie then became a special kind of mom as she raised two grandchildren, Brian Zachary and BriAnna Clark. She worked for many years with Douglas Aircraft Company, Amtrak and Greyhound until her retirement.

In retirement bloomed Versie's passion for baking and being the best Grandmama around. To know Versie was to love her, and if she knew you, she loved with her whole heart. Versie filled life with pies, cakes, laughter, love and most of all God. She was known for her quick wit and feisty spirit.

A private viewing will be held on Monday, May 18th at Greenlawn Southwest Memorial Park, 2739 Panama Ln from 9:00am-11:00am, following a gravesite service at 11:00am. In lieu of flowers, donations may be made in Versie's name to Dementia Society of America.
Read Less

To send flowers to the family or plant a tree in memory of Versie L. Bradley, please visit our Heartfelt Sympathies Store.

Receive notifications about information and event scheduling for Versie

There are no events scheduled. You can still show your support by sending flowers directly to the family, or planting a memorial tree in memory of Versie L. Bradley.
Visit the Heartfelt Sympathies Store

We encourage you to share your most beloved memories of Versie here, so that the family and other loved ones can always see it. You can upload cherished photographs, or share your favorite stories, and can even comment on those shared by others. 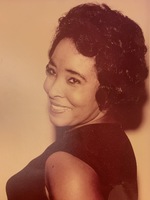