To share your memory on the wall of Sohindar Pal Sandhu, sign in using one of the following options:

Sohindar Pal Singh Sandhu was born on a full moon (Pooranmaashi) on October 7, 1930 in Wadala Sandhuan, District Sialkot, Punjab, British India. Born to Zaildar Sardar Sant Singh Sandhu and Sardarni Gurwant Kaur, he was the fourth child and grew up very close to his family and community.
During the partition, like many others, the entire family had to make the quick decision to abandon and flee their home in order to escape the current violence that was ensuing. After a harrowing journey, they finally settled in Batala, District Gurdaspur, Punjab, India.

Having to leave their home, everything they built and owned in the middle of the night, and leave the village where their family had flourished and thrived for generations was not easy for the Sandhu family. So after the partition in 1948, when he turned 18, Sohindar Pal joined the army as a recruit to help support his family. During the 10 years he was with the army, he received training in telecommunications and wireless, which soon transitioned into a career with the Interstate Police Wireless Department, Ministry of Home Affairs, Government of India in 1958.

Shortly after beginning his professional career, he got married on May 26, 1963 to his wife, Satindar, and began his journey as a loving husband and father in New Delhi. A very hardworking man from the beginning, Sohindar Pal always provided for his entire family with open arms and no hesitation. He took an early retirement from his government position and retired as Senior Telecommunication Assistant. However, in 1976, he was offered a position by a Swedish Telecommunication Company to go work in Kuwait, where he stayed and worked for 12 years. Finally in 1988, he retired and made his move to settle in Bakersfield in 1991.

While he may have been a man of few words, Sohindar Pal was a man who loved immensely. He had an open and welcoming personality, he would always welcome guests and folks who needed a place to stay with open arms. He was a friend and family member to all who came through wherever he lived, whether it was in New Delhi or in California. He was an involved member of our family, especially with his grandchildren. He was there for every event large or small, with a smile on his face and a hug to give. His family will cherish all the family memories we were able to build over the years, from simply everyone gathering in Bakersfield for a weekend, or the family vacations we were able to take together. He was the best Santa Claus, the best Nanu, and the best Daddyji.

A gentle soul, he is survived by his family who loves him immensely.
Wife: Satindar
Daughters: Nancy & Simi

To send flowers to the family or plant a tree in memory of Sohindar Pal Singh Sandhu, please visit our Heartfelt Sympathies Store.

Receive notifications about information and event scheduling for Sohindar Pal

The insignias listed here may be subject to copyright and/or trademarked. Those copyrights and trademarks are owned by the respective organizations.

We encourage you to share your most beloved memories of Sohindar Pal here, so that the family and other loved ones can always see it. You can upload cherished photographs, or share your favorite stories, and can even comment on those shared by others.

Petra Schurmann, From Goody, kabir & Payal (Fremont), and other have sent flowers to the family of Sohindar Pal Singh Sandhu.
Show you care by sending flowers

Sukhwant Hart, The Kangs, and the Maliks

Posted Sep 10, 2020 at 09:46pm
Grief can be so hard, but our special memories help us cope! Here's to lovely memories of Pal ji/Maasarji! Our thoughts & prayers are with the family.

3 trees were planted in the memory of Sohindar Pal Sandhu

Posted Sep 11, 2020 at 08:21pm
With deepest sympathy and heartfelt condolences, My prayers and thoughts are with you, Mrs. Sandhu, and with Nancy, Simi, Ravi, Andy & your children

Posted Sep 09, 2020 at 01:06pm
Our deepest condolences to the near and dear ones. Though our interaction with uncle was very short( visits to India), we have fond memories of him. He was a gentle,soft spoken and a man of very few words. His liking for watching BBC news, fondness for food and the love for Indian sweets still flashes in front of our eyes. He will be cherished in our memories forever.
Words may not suffice to express the heartfelt sorrow that we are feeling. Our thoughts, prayers and well wishes during this dark time.
May his soul rest in peace🙏🏻
Rama Pavade
Comment Share
Share via: 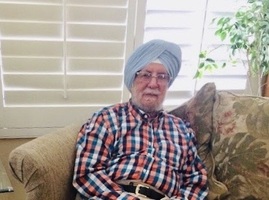 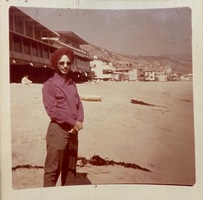 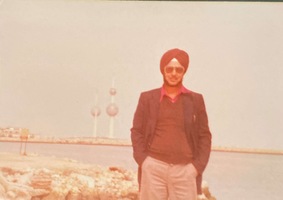