To share your memory on the wall of Rosario Santillan, sign in using one of the following options:

Soon after graduating from high school, Rosario enlisted in the United States Marine Corps from February 1971 to February 1974. He proudly served in Vietnam as part of Battalion Landing Team 1/4, 3rd Marine Division. He applied and successfully completed the process to become a United States citizen a year after receiving his honorable discharge from the Marines. A first-generation immigrant from Mexico, he was the first member of his family to receive a college degree- a feat which he would gratefully recognize as coming on the supportive shoulders of his older siblings. He earned an Associate of Arts degree from Bakersfield College in June 1976 and received his Bachelor’s Degree in Psychology at California State University, Bakersfield in June 1978.

Rosario spent his life in service to others. He enjoyed the movies, reading, music, travel, the Raiders, Tombstone, his Harley Davidson motorcycle clubs and most of all, his familia. He was an adoring Grandpapa (Grandpa-Grandpa) and resolute father. He touched the lives of so many people and he will be deeply missed. Once a Marine always a Marine, Rosario manifested the USMCs motto through his unwavering commitment to his family. Semper fi.
Read Less

To send flowers to the family or plant a tree in memory of Rosario Fernandez Santillan, please visit our Heartfelt Sympathies Store.

Receive notifications about information and event scheduling for Rosario

We encourage you to share your most beloved memories of Rosario here, so that the family and other loved ones can always see it. You can upload cherished photographs, or share your favorite stories, and can even comment on those shared by others.

Posted Oct 19, 2020 at 12:25am
My deepest condolences to all of the Santillan family, to his children, grandchildren, brothers and numerous nieces and nephews.
Rosario impacted so many lives and leaves a huge void that no one else can fill.
He lived his life, as he often would say, “Just trying to do the right thing.”
He not only leaves a legacy of love for familia, but also one of dedication and commitment for social justice.
He will always be remembered.
The best smile, the best dimples and the best sense of humor ever.
Sin duda, en muchos aspectos, un hombre de fina estampa.
Mickey

Posted Oct 17, 2020 at 04:56pm
Our heartfelt sympathies to Rosarios family. My husband Robert met Rosario around summer of 1974 while both were attending Bakersfield College. We soon became good friends with him and his then wife Mickey but lost touch after a few years however remained friends. So sad to hear about your loss. God Bless the family with comfort and peace. Friends, Robert and Virginia Borja
Comment Share
Share via:
CD

Posted Oct 17, 2020 at 03:36am
Sorry that I could be there for you guys. Tio was one of my favorites. Sorry for your loss. Know that I love and am praying for you guys.

Posted Oct 06, 2020 at 03:47pm
I am sad to learn of Rosario's passing. I extend my sincere condolences to his family. I remember Rosario from the days we both worked at California Employment Development Department years ago We both worked in the Unemployment Insurance Benefit unit. Although I had not seen him in several years, I do remember him fondly from the EDD days. Rosario rest in peace.
Linda J. Lopez
Bakersfield

Rosario was an active Democrat, He was very committed & worked hard to get good candidates elected. He worked diligently in support of Emilio Huerta for Congress.

We will continue to work extremely hard with as much commitment as Rosario this election, Now more than ever to get good Candidates elected and to work towards changing the unjust Immigration laws That have kept Our Child arrival, US Veterans deported.

Please accept Our deepest condolences,
On the Loss of your Beloved Father, Grand Father & Family Member.

We are thankful for Our Fellow Warrior Brother Rosario. He was a very kind giving Person, who had a great Passion in serving Deported Veterans in Tijuana, his Brother's, & fellow US Marines. 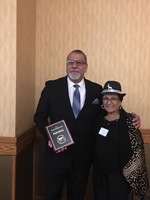 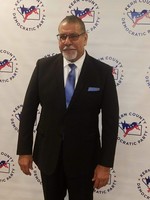 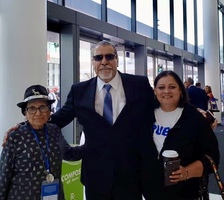 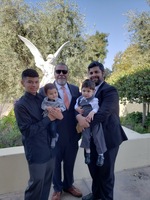