To share your memory on the wall of Robert Smith, sign in using one of the following options:

Bob was born on April 27, 1938 in Bakersfield, California to Walter and Lena Smith. He attended William Penn Elementary School, Emerson Junior High, and Bakersfield High School. After serving two years in the Navy, Bob went to work at Tosco Refinery. After leaving Tosco, he spent most of his working life in Real Estate: He owned his own Red Carpet Office, taught a real estate class at Bakersfield College, flipped houses (before it became all the rage), and was a mortgage loan officer.

Bob was a man of few words, but he managed to impact the lives of so many. He welcomed his sons’ friends as if they were his own children. He cared deeply about his grandchildren and was always there when they needed support and encouragement. He had life-long friendships of 40 years and more. His long-time doctors thought of him as “family.” The medical transport drivers that took him to dialysis three days a week said they were going to miss “pops.” Whether it was a waitress or waiter at a restaurant Bob frequently visited, or the staff and residents at Kern River Transitional Care, or the lunch bunch he met with weekly at Westchester Bowling Alley to talk stocks…Bob always treated people as if they were his good friends.

His family and friends will miss Bob. But he modeled for them a life of kindness and consideration for others that won’t soon be forgotten! Bob is survived by his three sons, Scott, Mark, and David; his grandchildren, Mark Jr., Amy, Nathan, and Dakota; and great grandchildren, Annebelle, Eli, and Robert.
Read Less

To send flowers to the family or plant a tree in memory of Robert Walter Smith, please visit our Heartfelt Sympathies Store.

Receive notifications about information and event scheduling for Robert

We encourage you to share your most beloved memories of Robert here, so that the family and other loved ones can always see it. You can upload cherished photographs, or share your favorite stories, and can even comment on those shared by others. 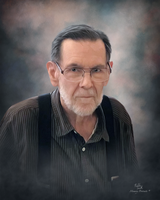 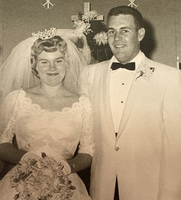