To share your memory on the wall of Paula Tucker, sign in using one of the following options:

To send flowers to the family or plant a tree in memory of Paula Elaine Tucker, please visit our Heartfelt Sympathies Store.

We encourage you to share your most beloved memories of Paula here, so that the family and other loved ones can always see it. You can upload cherished photographs, or share your favorite stories, and can even comment on those shared by others.

Aleke, Darryl, Mason & Hendrix and Chada Gay have sent flowers to the family of Paula Elaine Tucker.
Show you care by sending flowers

Posted Mar 28, 2020 at 02:53pm
Peace, Prayers and Blessings. I will miss her laughter, our long talks, her passion and energy. Love and hugs.

Posted Mar 09, 2020 at 10:00pm
We love you Auntie Paula. May your spirit be free. May you be in the arms of Uncle Eddie , Grandma Ester and Grandpa Young. You will be missed.

Posted Mar 09, 2020 at 04:03pm
Love and prayers is all we can offer at this time - she was a super lady and we are happy to have had the pleasure of knowing her.
Dick and Donna Dieterle
Comment Share
Share via: 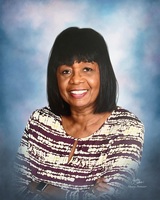