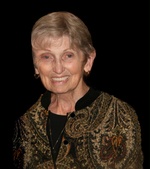 Mary Linn Shoemaker.1939 – 2020. Mary Linn Shoemaker 80 passed away peacefully on August 31, 2020, in Bakersfield, California. Mary was born November 3rd, 1939, in Paducah Kentucky, to Floyd and Pauline (Sutherland) as the fifth child of seven (Ann Marie, Julia Lee, Peggy Sue, Betty Lou, Mary Lynn, William Glen, John Hall and that’s all.) After High School she moved across the country from Kentucky to Santa Monica, California where she went to work at the Rand Corporation in Santa Monica, California. She also worked for the Los Angeles Unified School District and the Simi Valley Unified School District.
It was at Rand that she met and married her beloved husband of 56 years, William “Bill” Shoemaker. Together Mary and Bill had three sons: William Michael, Stephen Alan, and David Scott. The Shoemaker family lived in Reseda, California, before they moved to Simi Valley, California, in 1978, where they lived for 38 years before moving to Bakersfield, California, in 2016. Mary was a devoted wife and mother to her boys, spending much of their youth with them on the Little League fields. Mary was a member of the "Happy Squares" Square Dancing Club in Simi Valley, as well as the Westside Sam's Camping Club. She loved quilting, square dancing, and camping with the Westside Sam’s.
Mary loved her family and friends, leaving behind her sons Mike (Nina), Steve (Teresa), and Scott (Teresa), grandchildren Christopher, Trisha, Cameron, Spencer, Perri, Cheyenne, Toran, and Teagan, brother John, many nieces, nephews, cousins and an enormous amount of friends.

Services are pending and will be announced soon.