To share your memory on the wall of Kort Pereira, sign in using one of the following options:

Print
On the train of life is where you could find Kort… strapped to the front of the engine while others looked out the rear. Confidence to see and try anything new, laughing in the wind.

Kort Stanley Pereira passed away November 4, 2020 a... Read More
On the train of life is where you could find Kort… strapped to the front of the engine while others looked out the rear. Confidence to see and try anything new, laughing in the wind.

Kort Stanley Pereira passed away November 4, 2020 after a courageous fight against cancer at 67 years old.

He was a proud USC graduate who achieved a BS in Chemical Engineering. His first job right out of college was for Mobil Oil and between that and Aera Energy he accumulated 40 years of working in the oil industry. His first manager job was at 29 years old in Santa Fe Springs. He was the youngest person in the entire district, even the roust-abouts were older than him. But he was well liked so all of the older guys helped him and he soaked up their knowledge to take it into his future. Korts work profession took him to live in Colorado, Texas, Michigan and Oklahoma, but he eventually returned to the state he yearned for - California! He fit right in where ever he went…he was a good ole boy in his cowboy hat and ostrich cowboy boots but in a crisp suit he was a responsible decision maker as a manager or engineer.

He loved anything with motors - hot cars, fast boats and screaming dirt bikes. He could take them apart and put them together like tinker toys. On his Harley he managed to visit 48 states seeing exciting places along the way. Three times he did Run For The Wall, a motorcycle pilgrimage to remember Vietnam veterans which took him from California to the east coast with several hundred veterans. His last long ride with two friends took him from California to Maine so he could say he ate lobster!

His love of baseball started at eleven. As a young boy he would fall asleep with his small transistor radio under his pillow listening to Vince Skully call each move in the Dodger game. He played Little League and advanced to regular baseball in school and even considered that as a profession but his eyes weren’t good enough. His position was catcher and with that and team effort came winning many games. Even in retirement he followed the Dodger games and when he couldn’t sleep, re-runs could be heard on the TV. It was part of him.

Life was finally complete when he met and married his wife Diane and then had a family of two daughters, Danielle and Morgan. Kort loved to adventure and each summer the family would take a two-week motorhome trip to a new place, most of the time out of state. Kort loved to teach and taught many “firsts” to each daughter … how to fish, water ski, snow ski, ride a motorcycle, welding metal posts and to change their car tires are just a few. As the years passed, two grandsons, Aiden and Calvin came into his life bringing more joy and he was thankful to have lived long enough to see his third grandson Wyatt.

To send flowers to the family or plant a tree in memory of Kort Stanley Pereira, please visit our Heartfelt Sympathies Store.

Receive notifications about information and event scheduling for Kort

We encourage you to share your most beloved memories of Kort here, so that the family and other loved ones can always see it. You can upload cherished photographs, or share your favorite stories, and can even comment on those shared by others.

Kort and I go back to the early 1980s. I can't say enough about Kort to due him justice
I knew Kort long enough know what he was thinking. One time we where in a high priority meeting with about 20 high $Contract CEO'S and Aera employee. I was setting across the table from Kort next to one of the Aera employees. We where about 45 minutes into the meeting and I closed my day timer. The Aera employee next to me asked why are you closing your day timer. I told him the meeting was over. He looked at me and old me the meeting is not over, we had to many things to talk adopt. Thirty seconds later Kort stood up and closed his day timer and told the CEO of the main Supplier to do his job or he would. After the meeting the Aera employee asked me how I knew what was going to happen. I told he I have worked with Kork long enough to know when the B??? S??? over. That is one thing that I admired about Kort, you always new where he was coming from.
Comment Share
Share via:
MC

Posted Nov 22, 2020 at 04:04pm
I first met and worked with Kort soon after joining Aera in the late 90s, where we were members of a series of close knit teams. Working hard and playing hard with Kort and the whole gang are still the absolute best times and fondest memories of my 30 years in the business! Kort was the driving force behind a lot of change, and to closer ties between office based and field based folks, often over beers at the old Chuys and original Lengthwise locations, where we celebrated many a birthday party (or whatever)! I am grateful that life took me back to Bakersfield in 2017 with CRC, and I could reconnect with Kort after all these years. The lunches I spent with Kort and Stan laughing and reminiscing about all the good times we’d had at Aera were just the best!! The world is a poorer place without Kort. He will be missed.
Comment Share
Share via:

Posted Nov 22, 2020 at 02:10pm
I met Kort as a 18 year old kid working for a contractor at Mobil Lost Hills. Kort treated everyone the same whether you were a contractor or an employee, you were somebody to him. Later when I was hired by Mobil and then Aera he took me under his wing and taught me everything I know about the industry. He taught me to be a better person and without his guidance I truly don’t know if I would have made it this far. He was an inspiration to me and was always encouraging me no matter what. Whether working, hunting, shooting, or playing softball he was always fun to be around. I will miss him dearly, but will never forget him. Kort thank you for your friendship and guidance without you I am not sure I would have made it in the oilfields. Rest In Peace brother.
Comment Share
Share via:
HS

Flowers were purchased and a memorial tree planted for the family of Kort Pereira. Send Flowers

Posted Nov 18, 2020 at 12:25pm
I knew Kort for over 25 years, through our Mobil years and then with Aera. Although he and I never actually worked together, we were always friends during those years. Such a nice person, he loved his family and always gave me an update. He will be greatly missed. Rest in Peace. Carolyn Aranda
Comment Share
Share via: 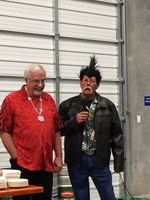 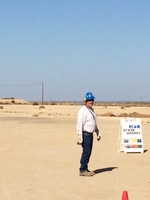 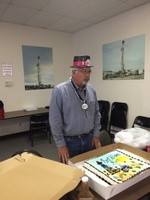 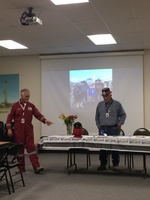