To share your memory on the wall of Kathryn Patrick, sign in using one of the following options:

Print
Kathryn Ann Patrick was born on November 24, 1939, in Karnes City, Texas to Carol Leroy and Mary Alice Pace. Kathryn passed away on August 14, 2020 at the age of 80. She preceded in death by her parents and loving sister Mary Carol.

K... Read More
Kathryn Ann Patrick was born on November 24, 1939, in Karnes City, Texas to Carol Leroy and Mary Alice Pace. Kathryn passed away on August 14, 2020 at the age of 80. She preceded in death by her parents and loving sister Mary Carol.

Kathryn met the love of her life, Jerry Dwain Patrick; their journey started together for the next sixty-one years. She had a husband who was totally devoted to her in every sense of that word. A man who marveled at everything she said and did. That was reciprocal. With a husband whose work kept them on the move to many different places (22 towns in 9 different states to be exact) along countless new roads there was always one constant, the two of them were together. In every town that they moved she made a house that was a loving home, and in 1973 they moved to Bakersfield, California where they would eventually start a business together in 1990. The same town where she helped turn many houses into loving homes, where her love and kindness was felt by anyone she came across, and where she became “Grammy” and Jerry became “Papo”. This could have been anywhere, there was always a constant, the two of them together forever and always.

In the meantime, add four kids, Susan, Kevin, Stephen, and Carol who adored her and loved to be with her, and you have the ultimate role model. Kathryn could teach the book on mothering. Whether it was Susan’s Sunday school teacher, Kevin and Stephen’s Boy Scout leader, Carol’s room mom, cafeteria volunteer, official driver to all, or number one cheerleader at all the games, races, and/or matches. The list is endless! Each child and grandchild felt her love and adoration. She was always there for each and every one of the kids.

A funeral service will be held at Greenlawn Funeral Home Northeast at 3700 River Blvd, Wednesday, August 26, 2020 at 10:00 AM. Pallbearers will be grandsons, Chris Holloway, Bryce Holloway, Byron Campbell, Blake Campbell, Brady Campbell, Matt Patrick, Addune Sayaphone, and honorary Pallbearer is Devin Patrick.
The family request in lieu of flowers, donations may be made to Valley Children’s Hospital of Madera, California, Legacy Donor Foundation and Habitat for Humanity Hopebuilders.
Read Less

To send flowers to the family or plant a tree in memory of Kathryn Ann Patrick, please visit our Heartfelt Sympathies Store.

Receive notifications about information and event scheduling for Kathryn

We encourage you to share your most beloved memories of Kathryn here, so that the family and other loved ones can always see it. You can upload cherished photographs, or share your favorite stories, and can even comment on those shared by others.

All our love, Chris and Janice Boening, Julie Gordon and many seismic friends, and other have sent flowers to the family of Kathryn Ann Patrick.
Show you care by sending flowers

All our love, Chris and Janice Boening

Posted Aug 25, 2020 at 07:25pm
Uncle Jerry, Remember that we love and care about you. In loving memory of Aunt Kathryn. She will be missed.

All our love, Chris and Janice Boening purchased flowers for the family of Kathryn Patrick. Send Flowers

Julie Gordon and many seismic friends

Julie Gordon and many seismic friends purchased flowers for the family of Kathryn Patrick. Send Flowers

Posted Aug 24, 2020 at 12:07am
To Jerry and Patrick family . Our dear Kathryn will live in our mind and hearts forever. She was truly the best. Sending my love to you all.

Barbara May Welder purchased flowers and planted a memorial tree for the family of Kathryn Patrick. Send Flowers

Posted Aug 23, 2020 at 06:41pm
Our family extends our thoughts and prayers. Richard and Inga Ruckman, Jennifer and Jimmy Vaughn, Rebecca and Jonathan Heryford 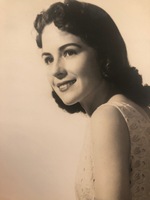 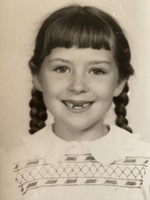 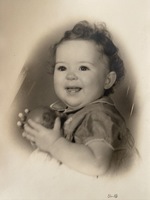