To share your memory on the wall of Justin Hinds, sign in using one of the following options:

Justin was born on April 16, 1993 in Bakersfield, California. He was the only child to Bob Hinds and Leslie Hinds. Justin was a funny, happy, creative and loving man. He made everyone in his life feel special and loved. Justin touched everyone’s heart that knew him. Justin loved Starbucks, The Nightmare Before Christmas and Maleficent Movies, and Rajiv Dahl was his favorite singer.

Justin graduated from High School at Bakersfield High School in 2011. His favorite class was Drama and he loved his Drama Family, including his favorite Drama Teacher, Jacquie Thompson-Mercer. In 2008 Justin was inducted into the International Thespian Society. He was awarded Honor Thespian status in 2010 and was so proud.

After High School, Justin attended Beauty School where he obtained his Cosmetology license. His love was for the make-up aspect of it. Justin loved providing people with make-up tips and skin care tips, which eventually led him to his dream job as Brand Ambassador at Sephora in February of 2020. While he was working at Lane Bryant as a Part Time Manager, the opportunity given to him by Sephora was offered. Justin very much loved his jobs and his Lane Bryant and Sephora Families and still kept in contact with his Lane Bryant Family as well.

The only thing Justin loved more than his jobs and STARBUCKS, were his family, precious dogs Salem and Parker and his friends. Justin would have given the shirt off his back or driven anywhere (after getting lost first) to meet up with a family member or friend to make them feel loved and special. Justin will be missed beyond words but forever in our hearts.

To send flowers to the family or plant a tree in memory of Justin Scott Hinds, please visit our Heartfelt Sympathies Store.

Receive notifications about information and event scheduling for Justin

There are no events scheduled. You can still show your support by sending flowers directly to the family, or planting a memorial tree in memory of Justin Scott Hinds.
Visit the Heartfelt Sympathies Store

We encourage you to share your most beloved memories of Justin here, so that the family and other loved ones can always see it. You can upload cherished photographs, or share your favorite stories, and can even comment on those shared by others.

Patricia and Jorge Quinlan sent flowers to the family of Justin Scott Hinds.
Show you care by sending flowers

Posted Jun 27, 2020 at 01:53am
Wishing you peace to bring comfort, courage to face the days ahead and loving memories to forever hold in your hearts.

Patricia and Jorge Quinlan purchased the Rose Tribute for the family of Justin Hinds. Send Flowers 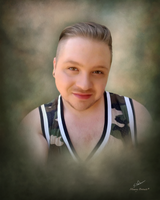