To share your memory on the wall of Jose Pinales, sign in using one of the following options:

Print
Jose Alfredo Pinales passed away suddenly after a short illness. He was a devoted son, brother, father, grandfather, and friend.

Jose was born the middle child out of 8 children in Bakersfield, California to Magdalena Ortiz and Santiago ... Read More
Jose Alfredo Pinales passed away suddenly after a short illness. He was a devoted son, brother, father, grandfather, and friend.

Jose was born the middle child out of 8 children in Bakersfield, California to Magdalena Ortiz and Santiago Pinales.

Jose attended Our Lady of Guadalupe School and graduated from Bakersfield High School, where he played football. As a Driller, he received the Don Harrison Athletic Director award, the SYL All American award, and the All City High School All American Award.

For the love of his family, Jose dedicated himself at the age of 14 to the support of his mother and siblings. This led him to achieve management positions at Denny's, International House of Pancakes, and Sambos restaurants. He became a Meat Manager at Alpha Beta, Foods Co. and Winco Foods, where he ended his 30+ years career. He was set to retire at the end of July. His love of vintage trucks started at a young age which led him to purchase a 1950 Chevy truck which he named "Freddys Green Chili". He loved cruising and listening to music. His last purchase was a 1966 Chevy truck that he started working on before he suddenly passed. His sons will continue his legacy by restoring it. Jose had a passion for making old things new again. His creativity had no bounds, especially when it came to landscaping. Jose was a genuine man and had a kind soul. He was always willing to lend a helping hand.

Jose had a love for Jehovah and in 1979 this compelled him to dedicate his life as a Jehovah's Witness. Jose firmly believed that this death is not the end, only temporary. He believed that when a person passes away, they are only asleep, awaiting to be awaken in a paradise here on earth (John 5:28; Revelation 21:4).

To send flowers to the family or plant a tree in memory of Jose Alfredo Pinales, please visit our Heartfelt Sympathies Store.

Receive notifications about information and event scheduling for Jose

We encourage you to share your most beloved memories of Jose here, so that the family and other loved ones can always see it. You can upload cherished photographs, or share your favorite stories, and can even comment on those shared by others.

Amarpal Gill & Gill Family, Love Polanco Family, and other have sent flowers to the family of Jose Alfredo Pinales.
Show you care by sending flowers

Posted Aug 01, 2020 at 12:12pm
We are thinking of you during this time. Jose was one of our regular customers and was like our family as we saw him often. He will be deeply missed.

Posted Jul 31, 2020 at 04:58pm
Our warmest condolences, your Dad was a cool dude. King of Vintage! Dont cry because its over. Smile because it happened. May your dad Rest In Peace.

Posted Jul 30, 2020 at 09:51pm
Pinales Family, We are so sorry your loss. He was such a kind person. We look forward to seeing him again soon . You are in our prayers. Much Love 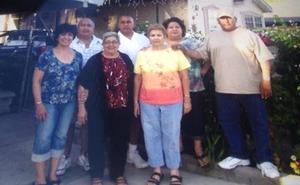 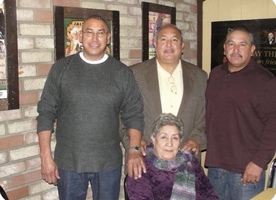 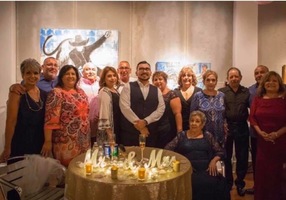