To share your memory on the wall of Jerry Underwood, sign in using one of the following options:

Provide comfort for the family of Jerry Underwood with a meaningful gesture of sympathy.

Jerry Lee Underwood went to join Jesus Christ at the age of 91 on April 2, 2020 at his home with wife Juanita and daughter Julie by his side.

Jerry Lee Underwood went to join Jesus Christ at the age of 91 on April 2, 2020 at his home with wife Juanita and daughter Julie by his side.

Jerry was born on January 7, 1929 in Phoenix AZ to Thomas W. Underwood and Emily B. Pogue Underwood. The family came to California in 1941 and settled in Arvin. Jerry attended Arvin Elementary and Bakersfield High School and later received his AA at College of the Sequoias in Visalia CA. He joined the United States Navy at the age of 19 in March of 1948 as an Airplane Mechanic Helper. He served until February 1950. Just before leaving the service Jerry met Juanita Patrick through his brother Pete and her sister Jonita who were married. (Isn't that cute!). Jerry and Juanita married on March 2, 1951 in Bakersfield CA. He was employed as a truck driver for many years.

Jerry loved his family and supported them in all of their activities including: 4H leader, High School plays, Slumber parties and Boy Scouts leader.
Read Less

To send flowers to the family or plant a tree in memory of Jerry Lee Underwood, please visit our Heartfelt Sympathies Store. 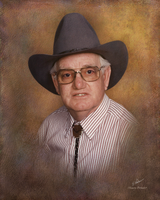 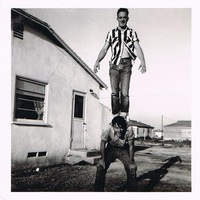 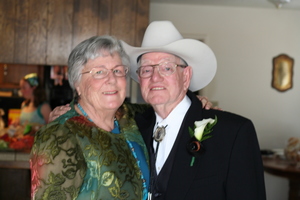