To share your memory on the wall of Henry Chavez, sign in using one of the following options:

Henry received his BS and MS in Biology at New Mexico State University and his PhD in Plant Pathology at the University of Arizona in Tucson, AZ. After three years as head of the University of Arizona's plant disease clinic, Henry went to work at Upjohn as technology research representative for the southwestern states. In 1970, He became Vice President of Superior Farming Company and under his leadership the company went from 4,000-acres in the San Joaquin Valley, to 50,000-acres including land in Coachella Valley, Northern Mexico, Arizona, Chile, and a joint venture in Europe. Henry and his management team were among the first private-sector groups to enter China, shortly after President Nixon commenced diplomatic relations.

In 1984, Governor Deukmejian appointed Henry to the California Horse Racing Board. During his tenure he served two terms as Chairman. In 1990, Henry, his wife Lydia, and Mario Jauregui started Spindle Cooling in San Luis, AZ which recently celebrated its 30-year anniversary.

Henry was very active in the community. He was involved with the San Luis, AZ Chamber of Commerce, President of the Port of Entry User's Organization, and a member of the Navy League and Elk's Club. In 2008 he was named one of Yuma, AZ top 10 Most Influential Hispanics, for his positive contributions to his community. In 2019, the city of San Luis named the street adjacent to Spindle cooling in his honor.

Henry is survived by his brother David, his wife Lydia, his 6 children, her 3 children, 25 grandchildren, 23 great-grandchildren and innumerable nieces and nephews who all love and will miss him. He is preceded in death by his parents, his sisters Judy Chavez, Patricia Sanchez, and Geraldine Gonzales, His daughter Cynthia Ann Chavez and son Henry Arthur Chavez. Henry loved his family, his work, dancing, traveling, and good wine. He will be missed greatly.

Henry's burial will occur this weekend at Greenlawn Cemetery, Northwest, in Bakersfield, California, with plans for memorials to be held after several months, when all friends and family will be invited to attend, in Bakersfield, CA and in Yuma, AZ. In lieu of flowers, a donation to the Shriner's Hospitals or to St. Jude's Hospital in Henry's honor is greatly appreciated.
Read Less

To send flowers to the family or plant a tree in memory of Henry Bernard Chavez, please visit our Heartfelt Sympathies Store.

Print
A private ceremony will be held on Saturday, March 28, 2020, family and friends wishing to send flowers can send flowers to Greenlawn Funeral Home Northeast 3700 River Blvd. Bakersfield, CA 93305, flowers should be delivered by 5:00 p.m. Friday prior to ceremony.

We encourage you to share your most beloved memories of Henry here, so that the family and other loved ones can always see it. You can upload cherished photographs, or share your favorite stories, and can even comment on those shared by others.

Posted Mar 28, 2020 at 05:33pm
My grandpa was the glue of our family. He did his best to get our huge family together every year. My aunts, uncles and cousins would gather to tell stories, dance, play games, have talent shows, fish, cook, eat & drink! If there was good wine or tequila and
it smelled like tamales and chile we knew grandpa was in the house. His laughter is one of my favorite sounds, and he made me laugh often, always “pranking” us, once telling us grandkids he caught a bear on an annual camping trip. I loved helping to coordinate
his Navy League annual San Diego dinner before “Yuma Gang” day at the races, because it made me feel good to do something for the guy that did so much for others. I’m forever grateful my grandpa made us feel so loved. Posted Mar 27, 2020 at 10:12pm
I forgot to change quantity in my previous order for the trees. I had forgot about Judith.

Love you all Paulette, Tom and family.

Posted Mar 27, 2020 at 09:44pm
Uncle Henry, We will miss you ever so much, you were the thread that held the Chavez's (Gonzales, Sanchez) family together. It was always you who wanted to set up the reunions. And you always made time to travel back to New Mexico and stay in touch. You left a great legacy behind and that will live on through your kids and their extended families. Within our hearts you will always be with us. While we are left behind mourning, you have gone ahead rejoicing with family and friends who have been waiting for you. God be with you and your family during this time of final goodbyes. Love to you all. Paulette, Tom and family.
Comment Share
Share via:
RD

Posted Mar 27, 2020 at 08:37pm
Henry - You were my highschool sweetheart, father of my children and even though we went our separate ways I was glad we remained friends. It gives me pleasure to see your good traits in our daughters, their children and their children's children. I will miss you.
Rosalie Gallegos Chavez Douglas
Comment Share
Share via: 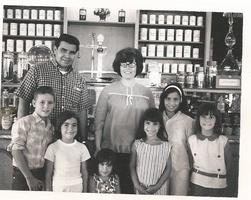 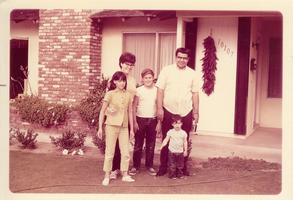 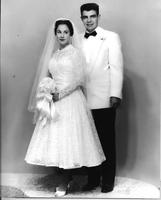