To share your memory on the wall of Harvey Hopkins, sign in using one of the following options:

His parents were John Wesley Hopkins and Leona Hopkins. Harvey was married to Ol... Read More
Harvey Eugene Hopkins age 77, went home to be with the Lord on October 13, 2020 in Bakersfield, CA. Harvey was born on August 4th, 1943 in Santa Paula, CA.

His parents were John Wesley Hopkins and Leona Hopkins. Harvey was married to Ola Marie Middlebrooks on October 19th, 1962 in a Baptist church in Filmore, CA. Harvey worked in the oil industry as a foreman for Getty, Texaco, and other companies, holding various industry titles. Retiring around 2006.

He enjoyed listening to and programing police scanners, CB radios and watching old western tv programs. He was a member of Daybreak Baptist Church of Bakersfield.

To send flowers to the family or plant a tree in memory of Harvey Eugene Hopkins, please visit our Heartfelt Sympathies Store.

Receive notifications about information and event scheduling for Harvey

We encourage you to share your most beloved memories of Harvey here, so that the family and other loved ones can always see it. You can upload cherished photographs, or share your favorite stories, and can even comment on those shared by others.

Posted Oct 19, 2020 at 10:33pm
We have many happy and fun memories of Harvey, we will never forget. Our love and prayers to Ola and family. Love Ron, Joanie and Amy

Flowers were purchased for the family of Harvey Hopkins. Send Flowers

Flowers were purchased for the family of Harvey Hopkins. Send Flowers 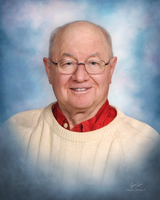 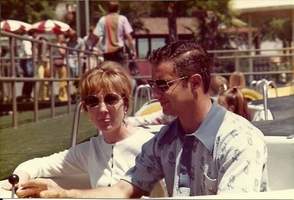