To share your memory on the wall of Harold Steele, sign in using one of the following options:

He married the love of his life, Virlee Thacker, on November 23 1952 and built a loving marriage until her passing on June 10, 2014. Hank and Virlee produced three devoted sons: David, Michael, and Daniel, who along with their wives Kimberly, Donna, and Stephanie produced four grandchildren for Hank and Virlee: Michael, Christopher, Jason, and Glenn. There are now nine great grandchildren to carry on the family’s legacy: Timothy, Robyn, Ryan, Landon, Emmett, Victor, Anthony, Nathan, and Luis.

Hank was a dedicated family man and was a respected member of the Bakersfield community. With many careers under his belt, truck driving was his passion. He was a devoted husband, a caring father, an adored grandfather, a mentor, and a role model. He instilled his values down to his family and will never be forgotten.
Read Less

To send flowers to the family or plant a tree in memory of Harold David "Hank Steele" Steele, please visit our Heartfelt Sympathies Store.

We encourage you to share your most beloved memories of Harold here, so that the family and other loved ones can always see it. You can upload cherished photographs, or share your favorite stories, and can even comment on those shared by others.

Love Charlie and Juanita Steele, Corkey and Linda Langley, and others have sent flowers to the family of Harold David "Hank Steele" Steele.
Show you care by sending flowers

Posted Feb 14, 2020 at 09:30pm
Our hearts are so broken over the loss of Uncle Hank. We take comfort in knowing Dad was there to greet him. Sending our love and prayers .

Love Charlie and Juanita Steele purchased flowers and planted a memorial tree for the family of Harold Steele. Send Flowers

Posted Feb 11, 2020 at 01:09pm
Please accept our most heartfelt sympathies for your lossour thoughts are with you and your family during this difficult time.

Pete and Maricela purchased flowers and planted a memorial tree for the family of Harold Steele. Send Flowers 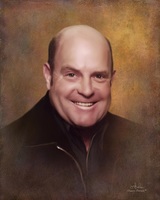