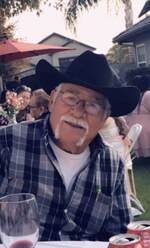 Guadalupe was born to Domingo and Rosa Villarreal Mora in McAllen, Texas on December 30, 1946. He passed on December 26, 2020 in Bakersfield, CA at the age of 73. In 1969, he married, Dominga Mora and they were together for 51 loving years

Guadalupe served in the US ARMY and there he learned to drive diesel trucks which is where his loving for truck driving began. Our father had such a great passion recording music. He had countless amounts of music downloaded for him to listen to.

Our Father was such a loving and caring Man who we will miss dearly. Rest in Peace Dad. We love you.