To share your memory on the wall of Garry Weyand, sign in using one of the following options:

He was raised in Shafter and graduated from Shafter High School. Garry achieved the highest ranking of Eagle Scout in the Boy Scouts. He attended UC Berkeley and UCSF School of Pharmacy graduating in 1961. He was proud to be an oarsman for the Cal rowing team.

Garry served the community for over 40 years as the owner/pharmacist at Rufener’s Alta Vista Pharmacy. To this day, former customers come up and let him know how much they missed his excellent care and service the store provided.

Garry was married to Jaime for 37 years whom he met when she called on his store as a Hallmark sales representative. He is the proud father of 2 daughters, Linda Points (Jamie) and Kristin Frazier (David) and step-son David Todd Rose. He was blessed to have 9 grandchildren - Nick, Jason, and Andrew Points, Patrick and Morgan Frazier, Lauren Weaver, Allison Rudney, and Lauren and Benji Rose and 7 great-grandchildren - Ashlynn and Payton Points, Siena, Beck, and Chloe Weaver and Ethan and Brayden Frazier. He will be missed by Sadie, his faithful dog.

Throughout his life, Garry looked forward to planning the next big trip. If it was a ski trip with the group, a European adventure, or family trip to the Coast, he was ready to go. He truly loved to travel with the Danube River cruise being the last overseas adventure. If not a trip to look forward to, the plan called for a Sunday afternoon movie and dinner at Mexicali.

Garry was proceeded in death by his parents and brother Phil.

The family would like to express our sincere thanks and gratitude to the entire staff at the Hoffman Hospice House on Buena Vista for the kindness shown to Garry.

A Graveside Memorial Service will be held at the Northeast Greenlawn Cemetery, 3700 River Blvd. on Friday, October 9 at 10:00 am. In lieu of flowers, donations may be made in memory of Garry to Hoffman Hospice or a Bakersfield Pet Charity.
Read Less

To send flowers to the family or plant a tree in memory of Garry Lynn Weyand, please visit our Heartfelt Sympathies Store.

Receive notifications about information and event scheduling for Garry

We encourage you to share your most beloved memories of Garry here, so that the family and other loved ones can always see it. You can upload cherished photographs, or share your favorite stories, and can even comment on those shared by others.

The Hamilton Family sent flowers to the family of Garry Lynn Weyand.
Show you care by sending flowers

Posted Oct 05, 2020 at 12:28am
Please accept our most heartfelt sympathies for your loss... Our thoughts are with you and your family during this difficult time.

The Hamilton Family purchased flowers for the family of Garry Weyand. Send Flowers

Posted Sep 28, 2020 at 01:31pm
Jaime, I'am so sorry for your loss.So many memories have come back to me.I worked for Garry in the pharmacy for 14 years, so long some of the customers thought we were married, funny. In 1977 we were all working in the store,Alta Vista drug, Jeannie, Pat, Norma, myself and Garry or course. The biggest dust storm came thru Bakersfield, we all wanted to lock up and leave for home, Garry wouldn't let us,said we were safer there. We just stayed away from those huge glass windows. We were so scared, but he had such a calming affect, of course he was right. Every once in a while, we would look back to that day. Like I said, memories.
I'am sorry Jaime, 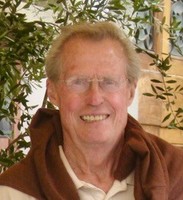