To share your memory on the wall of Frank Reed, sign in using one of the following options:

Print
Frank Wallace “Wally” Reed, 90, passed away on Sunday, May 31, 2020 at Memorial Hospital in Bakersfield after a fall at his home.

Born in Chadron, Nebraska to Frank D. Reed and Valeria Schaper, his family moved to California in 193... Read More
Frank Wallace “Wally” Reed, 90, passed away on Sunday, May 31, 2020 at Memorial Hospital in Bakersfield after a fall at his home.

Wally had an avid interest in flying his Cessna 210 plane and traveling around the world. He treasured his wife Janet of 72 years and all his children, grandchildren and great grandchildren. Wally was an active member of the Arvin community and received an award in 2016 for being an Arvin Lions Club member for 70 years. The family owned business, a newspaper and commercial printing company, was in business for 77 years.

To send flowers to the family or plant a tree in memory of Frank Wallace Reed, please visit our Heartfelt Sympathies Store.

Receive notifications about information and event scheduling for Frank

We encourage you to share your most beloved memories of Frank here, so that the family and other loved ones can always see it. You can upload cherished photographs, or share your favorite stories, and can even comment on those shared by others. 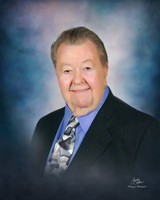