To share your memory on the wall of Augusto Perlado , sign in using one of the following options:

Provide comfort for the family of Augusto Perlado with a meaningful gesture of sympathy.

Augusto Guzman Perlado, Jr. fondly known as Gus, Pareng Gus, Kuya Gus, Pops, Superman and Grandpa went home to the Lord on April 18th, 2020 at the age of 72. He was surrounded by a circle of love by hi... Read More
OBITUARY FOR AUGUSTO G. PERLADO JR.

Augusto Guzman Perlado, Jr. fondly known as Gus, Pareng Gus, Kuya Gus, Pops, Superman and Grandpa went home to the Lord on April 18th, 2020 at the age of 72. He was surrounded by a circle of love by his children and grandchildren upon his departure, and was led by Mom’s love on his journey home comforted by the Almighty.

Augusto was born December 21, 1947 to Augusto Sr.and Tranquilina Perlado in Manila, Philippines. Earning his Bachelor of Science degree in Business Administration, at FEATI University, Philippines, Augusto’s career began as a Police Officer Patrolman in his hometown province of San Fernando, La Union, Philippines for a several years. In 1972, he married the love of his life, Carmen, on July 15,1972. Shortly after he resigned as a Patrolman on as they both set their sights on immigrating to the United States. While residing in Bakersfield, he worked in several occupations including commercial landscaping, the food service industry, including being a volunteer cook for the Filipino Community of Bakersfield and Vicinity during the annual Kern County Fair. Augusto later pursued coursework in nursing at Bakersfield College which led him to his longer profession as a Licensed Vocational Nurse. He made countless friendships within the community especially during his 15-year career at San Joaquin Community Hospital. As a nurse, Gus cared and touched the lives of many patients having the opportunity to work in the medical surgical unit and operating room. He later became a home health nurse for another 15 years caring and serving pediatric patients throughout Kern County. Gus was also member of The Knights of Columbus and served as an usher at St. Francis of Assisi Church. He also spent sharing time with his late wife programming and leading an in-home visitation prayer group devoted to Our Lady of Fatima for many years. Upon retirement, Gus continued to serve the community with the Kern County Aging and Adult Services Long Term Care program as volunteer Ombudsman, being an advocate for residents in skilled nursing facilities.

Both Gus and Carmen enjoyed the many gatherings with family and their big circle of friends. They particularly enjoyed welcoming families that were new to the area, especially families who moved to Bakersfield in the similar manner in which they came in 1972. They enjoyed familiarizing those families to new surroundings, while introducing them to others in the community. Gus was an avid gardener and had a green thumb growing crops of eggplant and various types of squash to feed the neighborhood. He also enjoyed fishing with his close friends, loved to sing karaoke, and was a very enthusiastic LA Lakers Fan.

Augusto personified strength and courage. In the latter years, despite a very complicated post-liver transplant course, he labored on finding strength through God often saying "I'm getting stronger." He never gave up when things got tough, and remained a true fighter and believer with an optimistic outlook. His humor, kindness, and generosity to others will be remembered by all who had the pleasure of knowing him.

Augusto leaves to cherish memories of his life and his legacy, to Rod and Angelina Carrido, Ben and Lory Perlado and his 5 grandchildren whom he adored- Christian, Megan, Nina, Naya and Olivia; sister-Thelma Montano, in-laws, nieces, nephews, cousins and many relatives and close friends. He was a son, a brother, a devoted husband, loving father, grandfather, friendly neighbor, compassionate nurse, and dedicated prayer warrior.

The Perlado and Carrido families wish to express their sincere gratitude to many family, friends, relatives and who supported us through this journey with prayer and love during this time. God Bless you all.
Read Less

To send flowers to the family or plant a tree in memory of Augusto Guzman Perlado Jr., please visit our Heartfelt Sympathies Store.

Receive notifications about information and event scheduling for Augusto

We encourage you to share your most beloved memories of Augusto here, so that the family and other loved ones can always see it. You can upload cherished photographs, or share your favorite stories, and can even comment on those shared by others.

Love The Dacio Family sent flowers to the family of Augusto Guzman Perlado Jr..
Show you care by sending flowers

Posted May 05, 2020 at 01:37am
On behalf of the Quintanilla family - Cynthia, Josh, Christina and Monica, I would like to send the Perlado and Corrido family our deepest sympathy to Ben, Lory and family and Angelina, Rod and family.

Over the past five months, we have felt a deep connection to Mr. Perlado's family and God brought us both families together to support each other emotionally and spiritually.

My family have daily been praying for Gods unconditional love and peace over the Perlado and Corrido family . We are also praying for renewed “hope” upon them because we know that hope is eternal because one day we are going to see our loved ones in heaven - 2 Corinthians 4:17-18.

I had the pleasure of knowing Mr. Perlado for several years and it was an honor and privilege to call him my friend! The night before Mr. Perlados passing, I didn’t go to sleep until 3am, so I began you pray for Mr. Augusto Perlado and the family.

During my prayer, I felt Gods presence as I brought Mr. Perlado's needs to Gods hands. So I began to write what I felt in my heart.
This is the prayer that I wanted Ben to read to Mr. Perlado the day before his passing at 3:00 am on April 18,2020:

Dear Heavenly Father tonight I bring Augusto Perlado to your presence and your loving arms. May Mr Perlado dwell in the shelter of the most high as I pray for comfort and peace for his family. Lord be with him right now - I can’t imagine how he is feeling, if he is hurting ease his pain.
Psalms 91 states that that you are our fortress and our refuge - so please Lord be Mr. Perlado’s refuge and embrace him in your loving arms ; Lord he is tired and I wholeheartedly pray that when he is sad or afraid that he clings on to your word where it says that you will never leave him nor forsake him; may he feel safe as you put your arms around him. And then as you whisper in his ear, “ I love you and I and am here with you , do not fear my son for I am looking out for you every minute of the day. From the time you were born, I have been with you and you are my son and I will love you forever. As you call on me and seek me - I will be with you and listen to your desperate call for I will cover you with my feathers, and under my wings you will find refuge and my faithfulness will be your shield and rampart. Though this may be the toughest time of your life - Mr. Perlado the Bible says that:

For I will send my Angels to protect you Mr. Perlado and command them to hover over you and to guard you in all your ways”
Anytime you need to talk, I will listen.
Mr. Perlado the Lords says he is so proud of your strength and please know that you are not alone - God is here always and your children and grand children are here.

This is the verse -
Isaiah 40:31) …but those who hope in the LORD will renew their strength. They will soar on wings like eagles; they will run and not grow weary, they will walk and not be faint.
You were so strong through all your battles, until God called you home to say "Well done my good and faithful servant!" Rest in peace Mr. Perlado, you will always be in our hearts, until we see you again in the presence of our Heavenly Father! 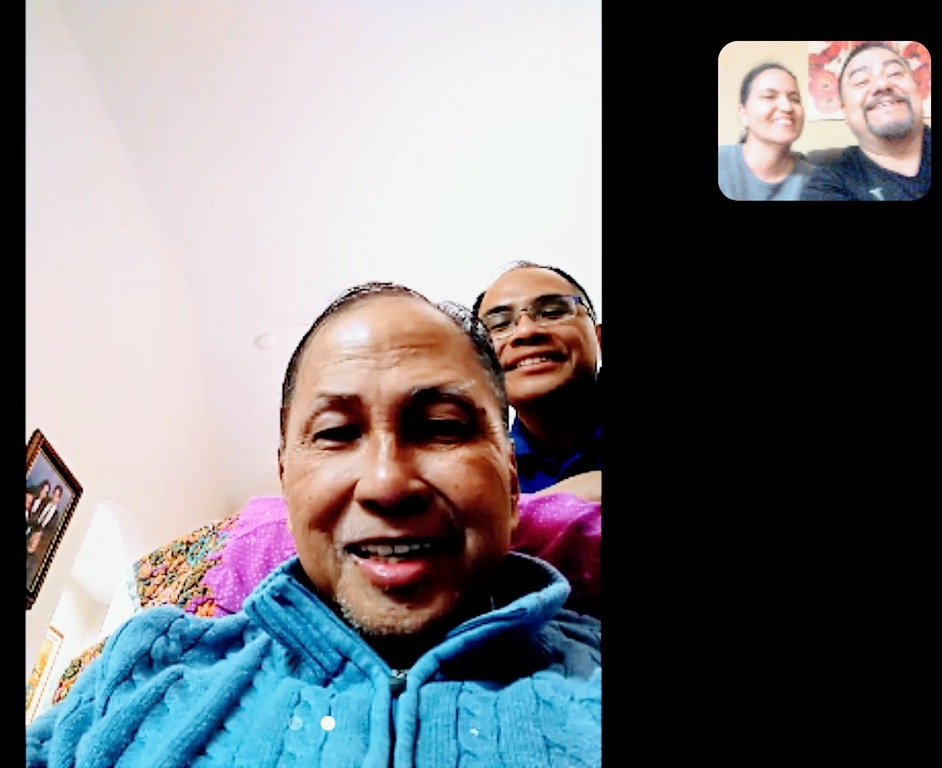 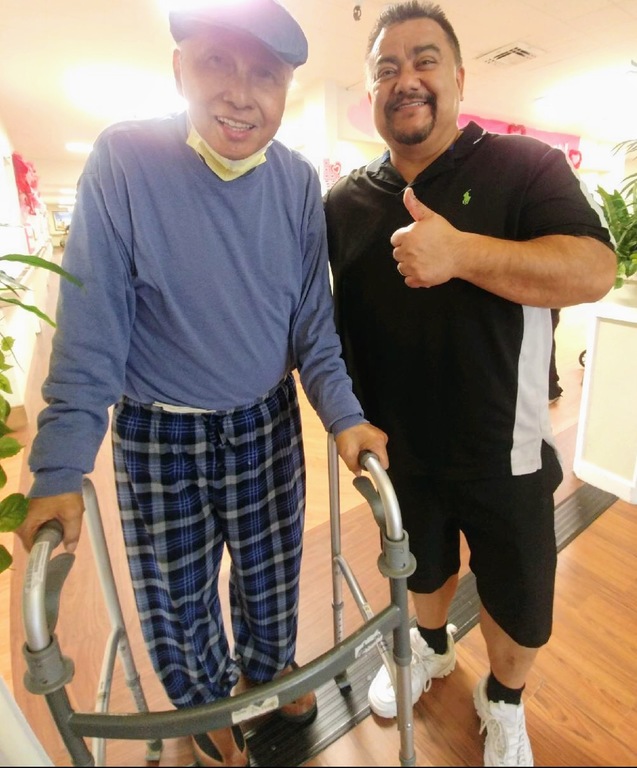 Posted May 01, 2020 at 10:58am
In loving honor of Uncle Gus who has always been a gentle soul and given a good fight. Your memory will grow in your kids and grandkids.

Posted May 01, 2020 at 12:08am
May this tree bring beauty to all who see it like Gus & his beloved Carmen did-as they showed us what love for God & for people looks like. Love, Joan

Flowers were purchased for the family of Augusto Perlado . Send Flowers

Posted Apr 28, 2020 at 08:58pm
We are praying for comfort, peace and hope for your family. Thank you Lory for praying with Tito Gus on his last days. 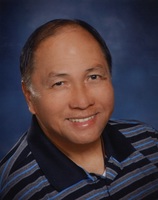 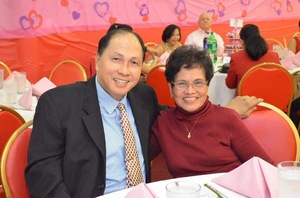 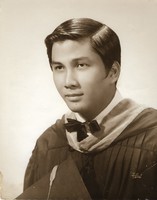 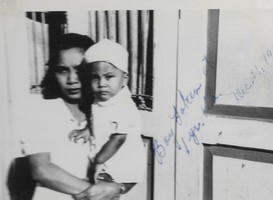