To share your memory on the wall of Andres Olivas, sign in using one of the following options:

In 1973 Tito met his first love, Catalina “Katie” when she was a student at Lincoln High School
in Los Angeles. They fell in love and started a family in El Sereno, California where they
welcomed five of their eight children. In 1984 Tito moved his family to Bakersfield, California
where Steven, Alexis, and Angelina were born. Moving to Bakersfield was a new chapter for
the Olivas family. Westhaven Avenue was a special place for family and friends to gather for a
meal, to watch a Dodger game, or just to fellowship in a place where there was acceptance,
and unconditional love. Tito was a loving and devoted father and grandfather who lead by
example. His word was as good as any contract, and he instilled this in his children. Tito had
an “open door policy” there was no need for advance notice to stop by. He was known for his
hospitality where he loved to break bread with anyone who came to his home. His door was
open and there was aways a seat at his table. Tito always made everyone feel welcomed and
comfortable.

Tito was a man of character. This was never more apparent than when his wife of 36 years
Katie was diagnosed with cancer. His love and devotion to her never wavered. He was a pillar
of strength for his children when she went to be with Jesus in 2009. The years following her
passing, Tito poured himself into the simple things in life. He loved his music, the outdoors,
making sure his yard was meticulously maintained, and spending quality time with his family. It
was always important for him to know what was going on in his children and grandkids lives.

In 2011 Tito met Sreyden and her son Luis. After a short courtship, they married and
welcomed a son, Tristen in 2013. Tito would spend the remaining years of his life with meaning
and purpose raising his new family.

Tito is survived by, his wife of seven years, Sreyden and sons, Luis and Tristen. His adult
children, Primavera and husband Ryan and children Lauren, Catalina, Oliver, and Tatum.
Andres Jr., and wife Debi and sons, Coleman, Carson, and Cobey. Priscilla and husband Chad
and children Alexander, Ari, and Hannah. Daniel and daughter Bella, Phillip and daughter
Mikayla. Steven and daughter Jordyn. Alexis and children, Sophia, David, and Kylie. Also by his
brother Manuel and Sister Martha and their families.

Tito was a man of faith and his family takes comfort knowing he is in heaven surrounded by
loved ones who have passed before him. We look forward to the day when we will be together
again in heaven. Until then, we will do our best to fill the void with all the memories, stories
and love you have left behind. We love you, Pops!
Read Less

To send flowers to the family or plant a tree in memory of Andres Olivas, please visit our Heartfelt Sympathies Store.

Receive notifications about information and event scheduling for Andres

We encourage you to share your most beloved memories of Andres here, so that the family and other loved ones can always see it. You can upload cherished photographs, or share your favorite stories, and can even comment on those shared by others.

Wendy Akins, Kirk Smith, and other have sent flowers to the family of Andres Olivas.
Show you care by sending flowers

Posted Jul 08, 2020 at 05:50pm
I remember the first time I met Mr. Olivas. He was so proud of his son Tristen's accomplishments in my first grade classroom. We talked about how wonderfully smart and amazing his son Tristen is. He beamed with pride at hearing my accounts of his son in a classroom setting. Though I only met him a few times, I know he played an important part in the life of those he loved. He helped Sreyden raise Tristen into the smart, caring, and responsible person he is.- Mrs. Rachel Lantay
Comment Share
Share via:
HS

Sentiments of Serenity Spray was purchased for the family of Andres Olivas. Send Flowers

Posted Jun 16, 2020 at 04:06pm
I will always remember when he wrapped Jordyn up “like a burrito” on the day she was born with a proud happy grin on his face. He was a loving grandpa and will be missed. Much love, thoughts and prayers to the Olivas Family. ~ Nicole Browning
Comment Share
Share via:
KS

Posted Jun 16, 2020 at 10:03am
To a great friend and loyal co-worker who will be missed greatly. My deepest sympathies to the families. 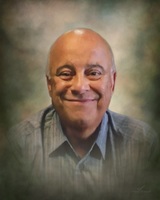 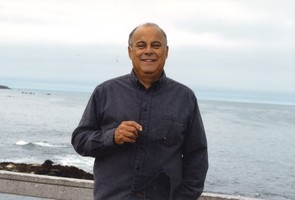 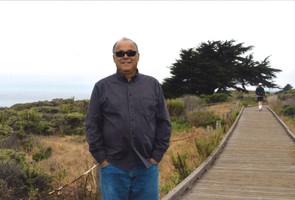